I have reviewed some cars made by this brand in the past. In that review I showed models that were Matchbox (Lesney) knock-offs of the 1-75 series from the 60s and 70s, but I already mentioned that some models are not copies from Matchbox, and today I am going to show some of these (together with more Matchbox knock-offs).

Although quite pricey, I got this lot a a fair price around two years ago. The cars are in perfect shape, so I am very lucky to have found them. The paint applied to these models is rather fragile and all played items usually show more or less paint wear.

The models shown in this entry are:

This car is not in its original colour (which is orange), but was repainted by its previous owner as a taxi. Too bad! It seems to be in a not so bad shape, I may try to clean it sometime. 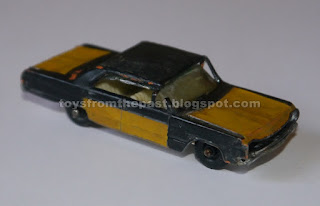 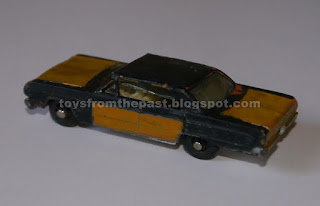 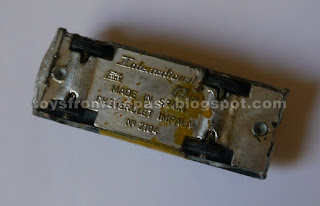 All parts are shared. Note that the sirens have different colours, as well as the windshields. 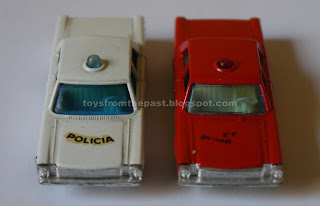 This model was also released with a plastic body (see last pic in this series) used for certain Payá speed tracks I will present some other day. 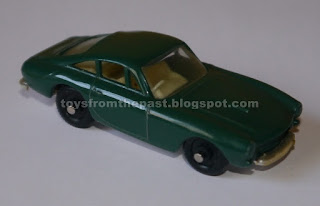 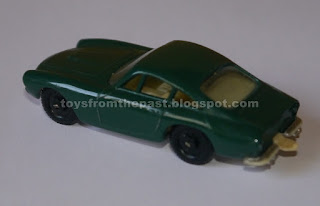 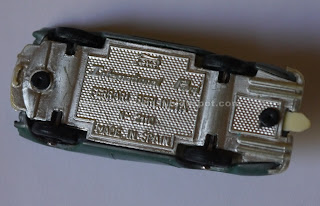 Note the steering wheel is placed on the left side 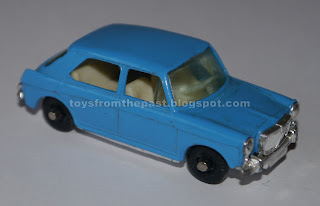 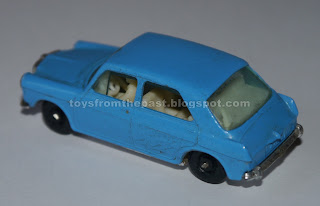 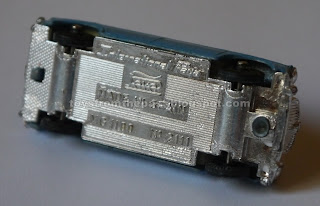 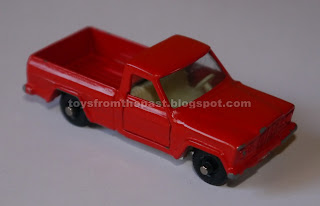 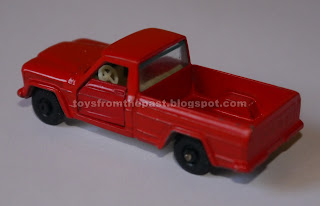 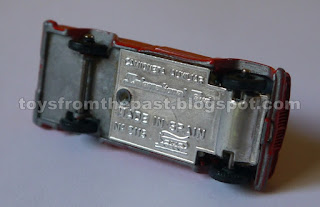 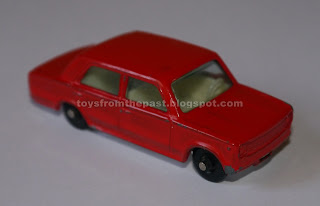 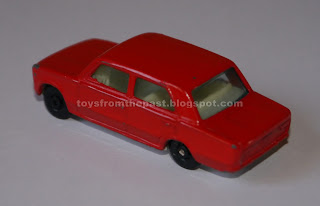 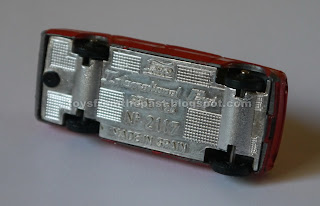 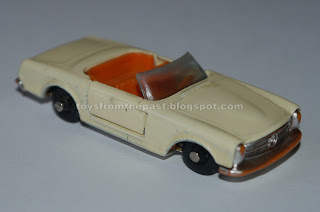 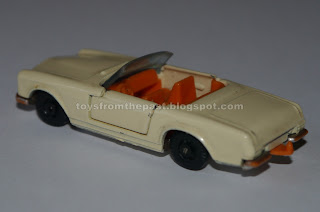 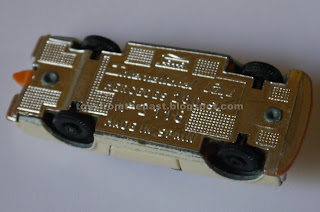 This model was also released with a plastic body (see last pic in this series) used for certain Payá speed tracks I will present some other day. The suspension integrated in the chassis is extremely fragile! 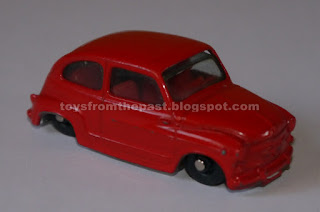 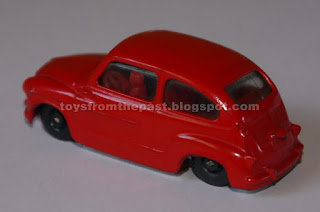 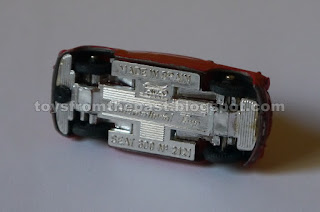 From all 9 units, all but the two Seats are clear Lesney copies. Some models had slight differences, like the steering wheel in the left side, contrary to the original English model with steering wheel on the right side. See for example the M.G. 1.100.

The Seat 600D and the 124 are two great models, very sought-after because the cars they represent were very popular in the 50s, 60s and the 70s in Spain. In addition to this, the Seat 600D is the only vintage die-cast model in 3 inches made of this car. The Seat 124 was also made by Guisval, but this one is rarer (not necessarily more expensive). For most Spanish die-cast collectors these two are "must-haves", not so the other models of foreign cars.