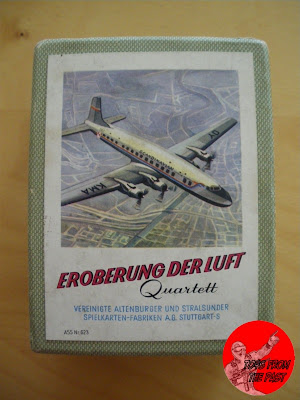 The „Quartett“ is a very old and popular card game in German speaking countries. There are decks of cards to virtually any theme: cars, animals, tv-series, stars of wrestling… Most quartetts have 8 or 9 sets (A to H or I) of four cards each (1 to 4), totalling 32 or 36 cards.

This game was invented in 1861 by Ann Abbott, Sean Bennesch and A. A. Smith, and had originally portraits of American and English authors (it was called “The Game of the Authors”) together with their most famous works. This game is almost identical to “Happy Families” (John Jaques, 1851), in which the sets are families with father, mother, son and daughter.

A very famous variant (at least in Spain) is the “Families of 7 countries” (“Familias de 7 países”, Heraclio Fournier), in which the sets are 7 families (Mexican, Chinese, Bantu, Eskimos, Arabs, Indians and Tyroleans) of 6 members each (the same as in “Happy Families”, plus grandfather and grandmother).

This game is for three players or more. The cards are shuffled, and dealed: each player gets the same number of cards, and then the game starts. The goal of the game is to collect complete sets (each 4 cards, as said before). The turn of one player consists in asking another player for a certain card (for example B-3): if the asked player has this card, he/she must give it away; if not nothing happens, and the turn passes to the next player. If the demanded card completes the whole series of 4, these cards are laid open on the table, and the game continues with the rest of the cards. At the end, the player with the most quartets on the table wins the game.

These are all the cards of the game "Eroberung der Luft" (engl. "Conquest of the air") from 1955, ordered by set. Click on the pictures to enlarge them. 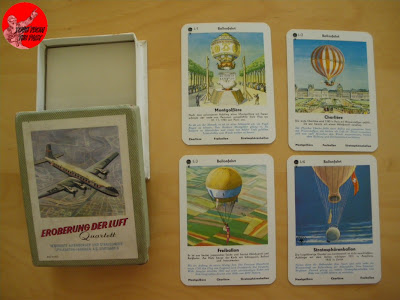 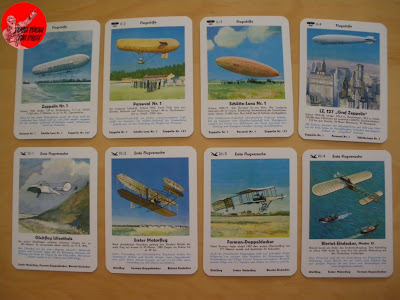 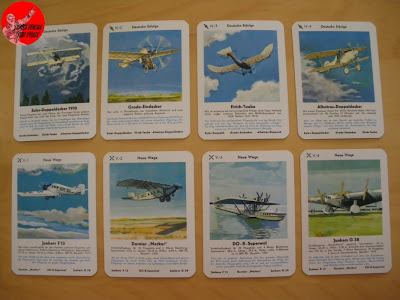 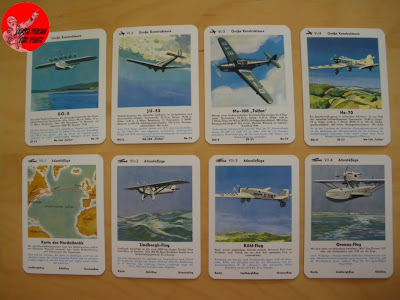 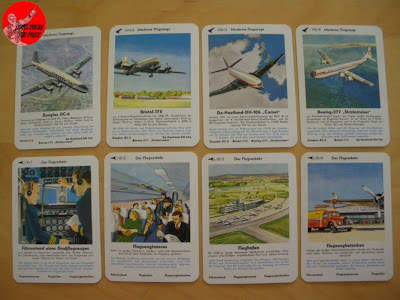