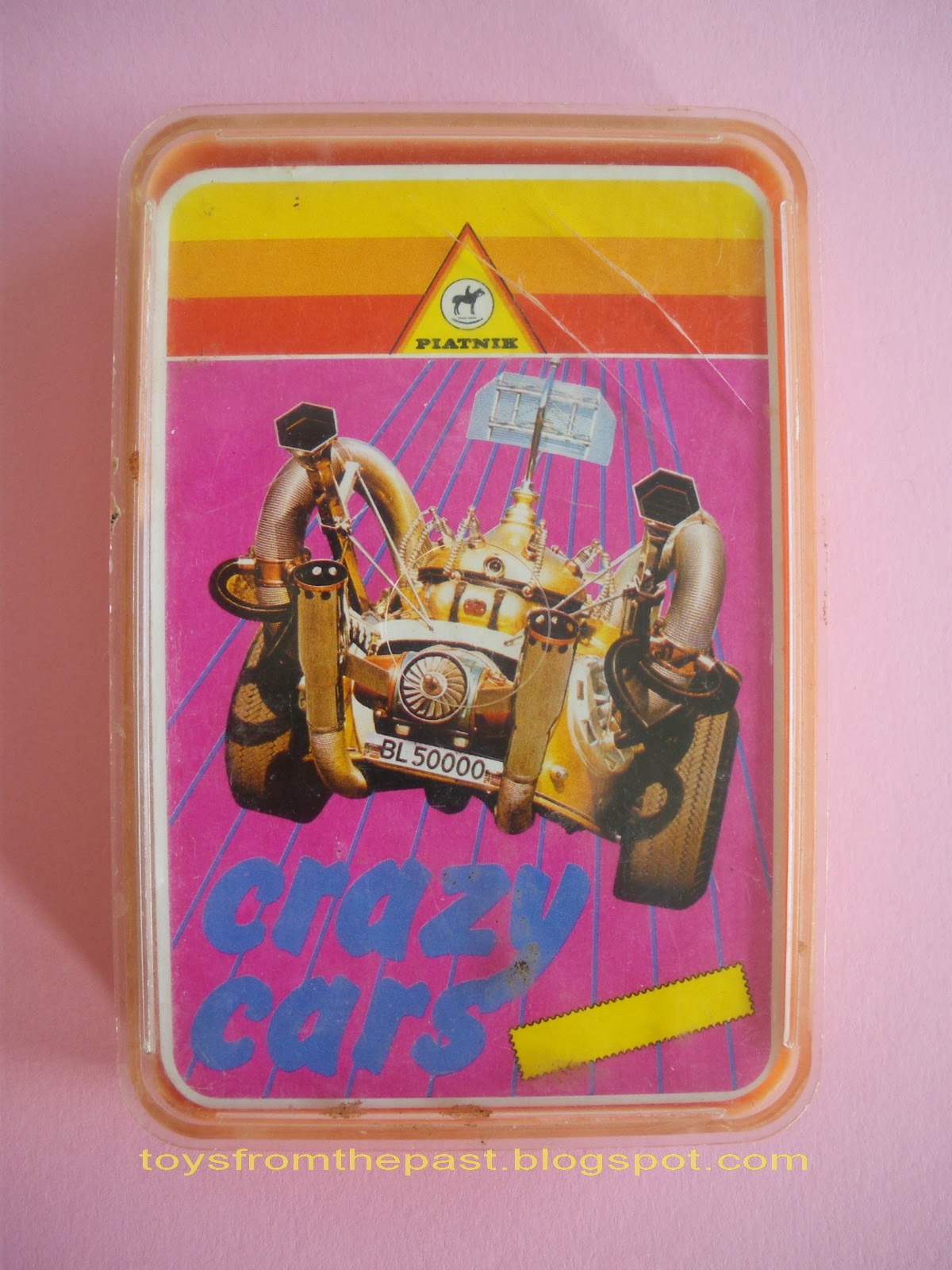 Crazy cars are a mixture of custom cars, vans, dragsters, tricycles, Big Feet, and, in general, strange looking cars. This deck was surely a very popular one, since it was released in several different versions from 1973 (?) on. I think the interest for customized cars came to Europe (from the U.S.) in the early 80s, to Germany, maybe even earlier. 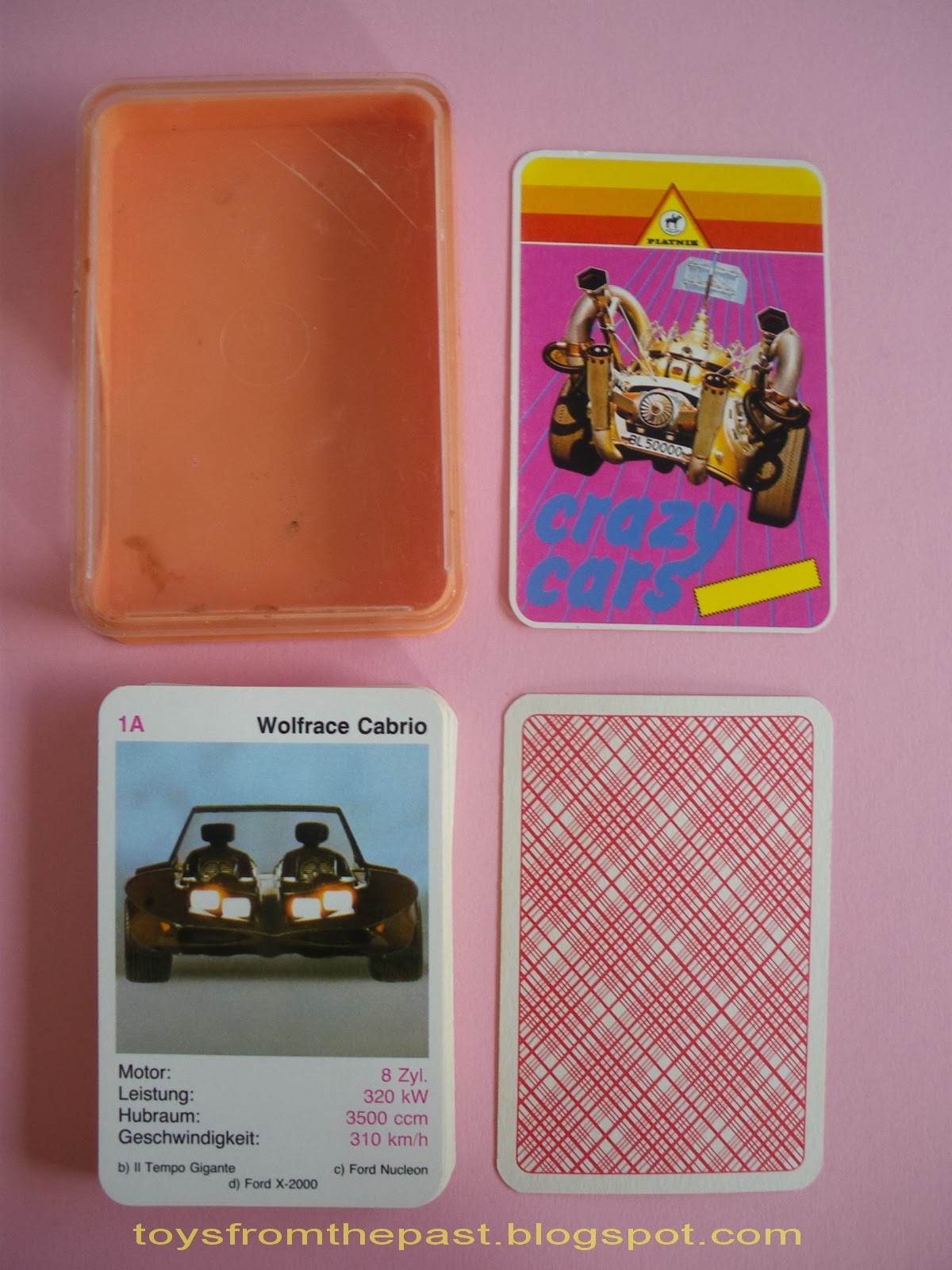 As said before, there are different versions of Crazy cars. Mine has no data on the cover card, except the name of the game, other versions include the reference number (which is 4231) and in the yellow rectangle the words “+ Mini Puzzle”, so I guess my version came without it. I also have a second cover card, which is already much modern, I think from the mid 90s, but I got it from somewhere else, it does not belong to the sets depicted in the first picture of this entry.


The sets have 32 cards (8 families), and are identical except for the back of the cards and the cover (Deckblatt). 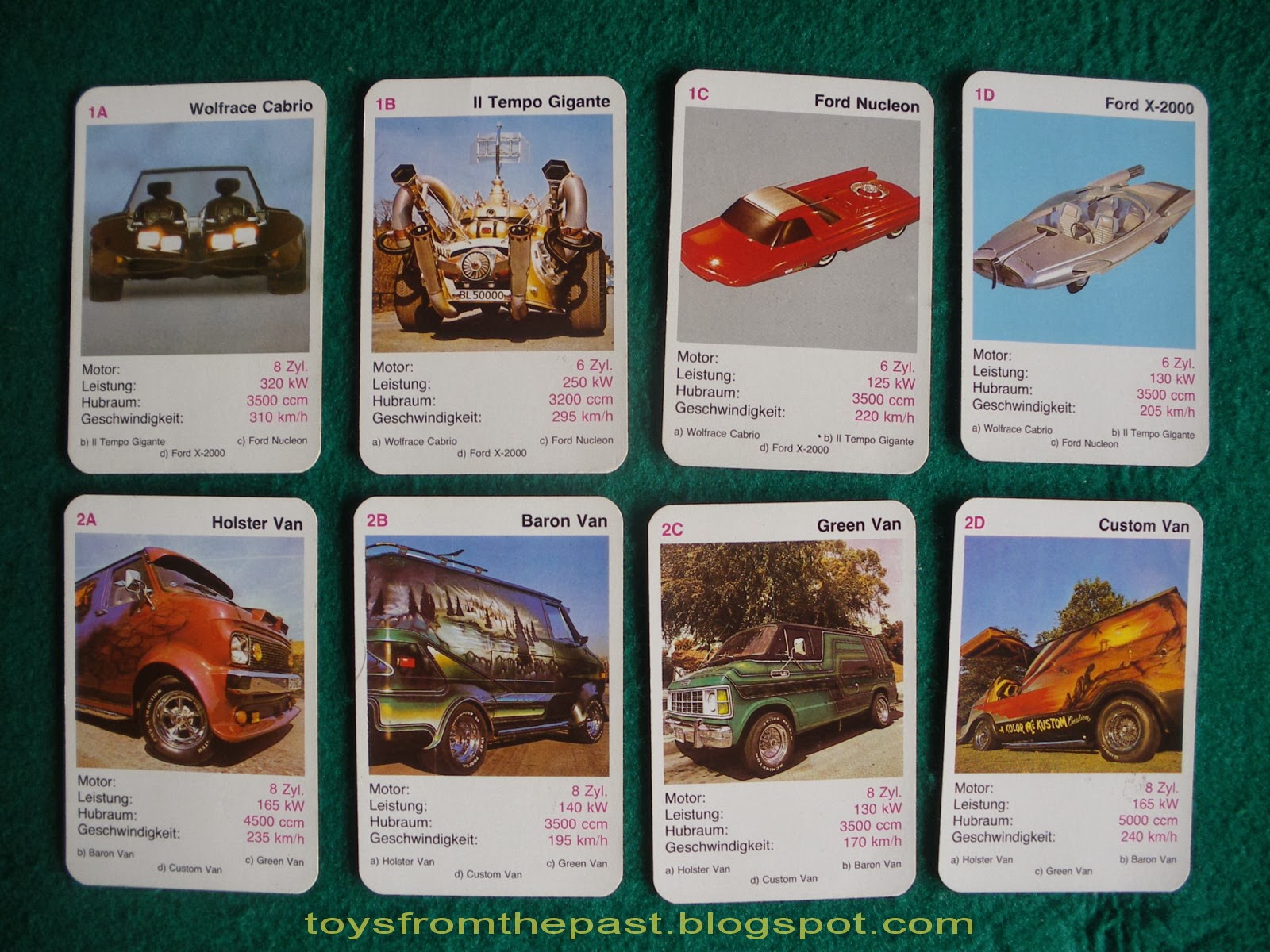 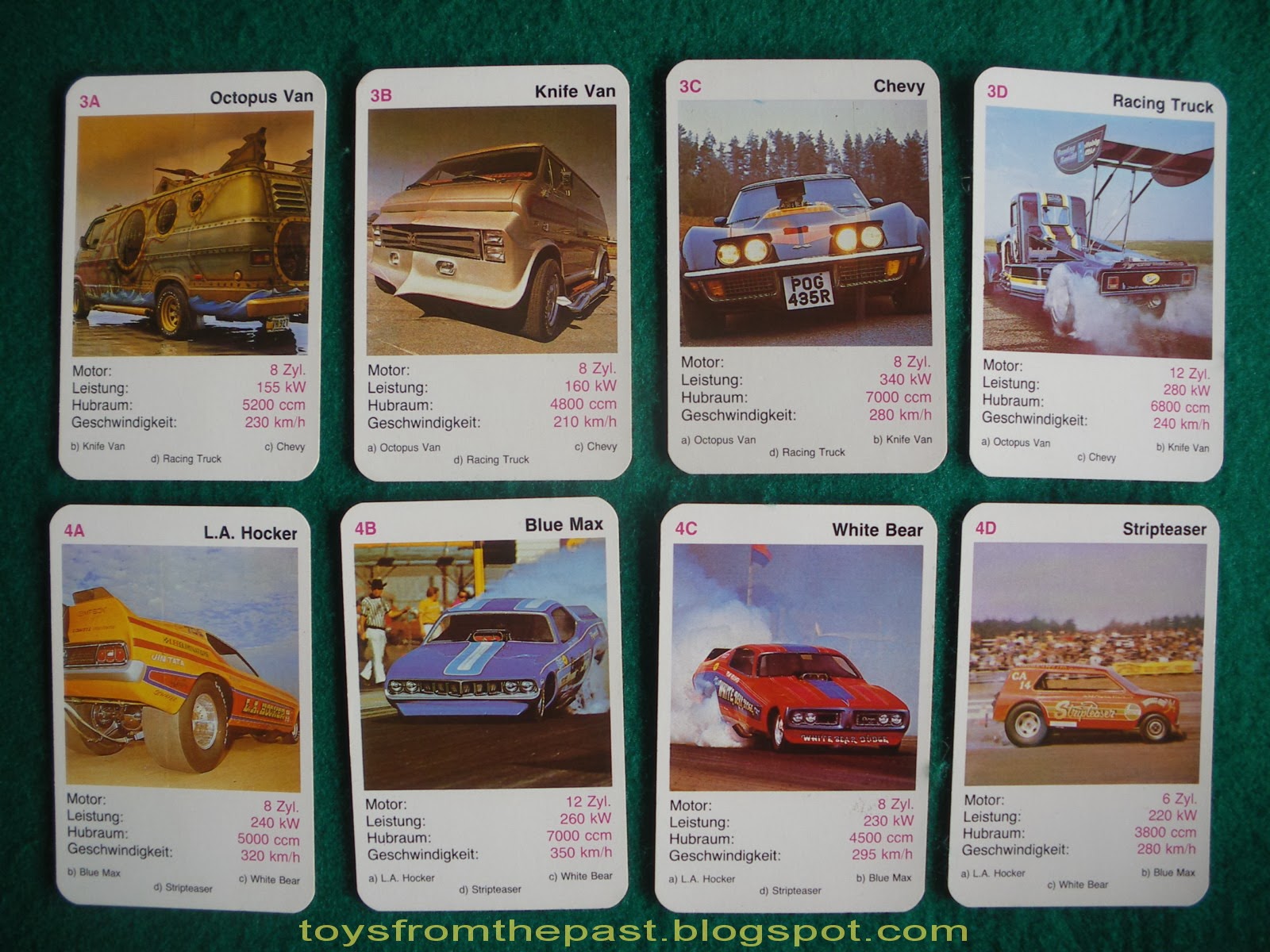 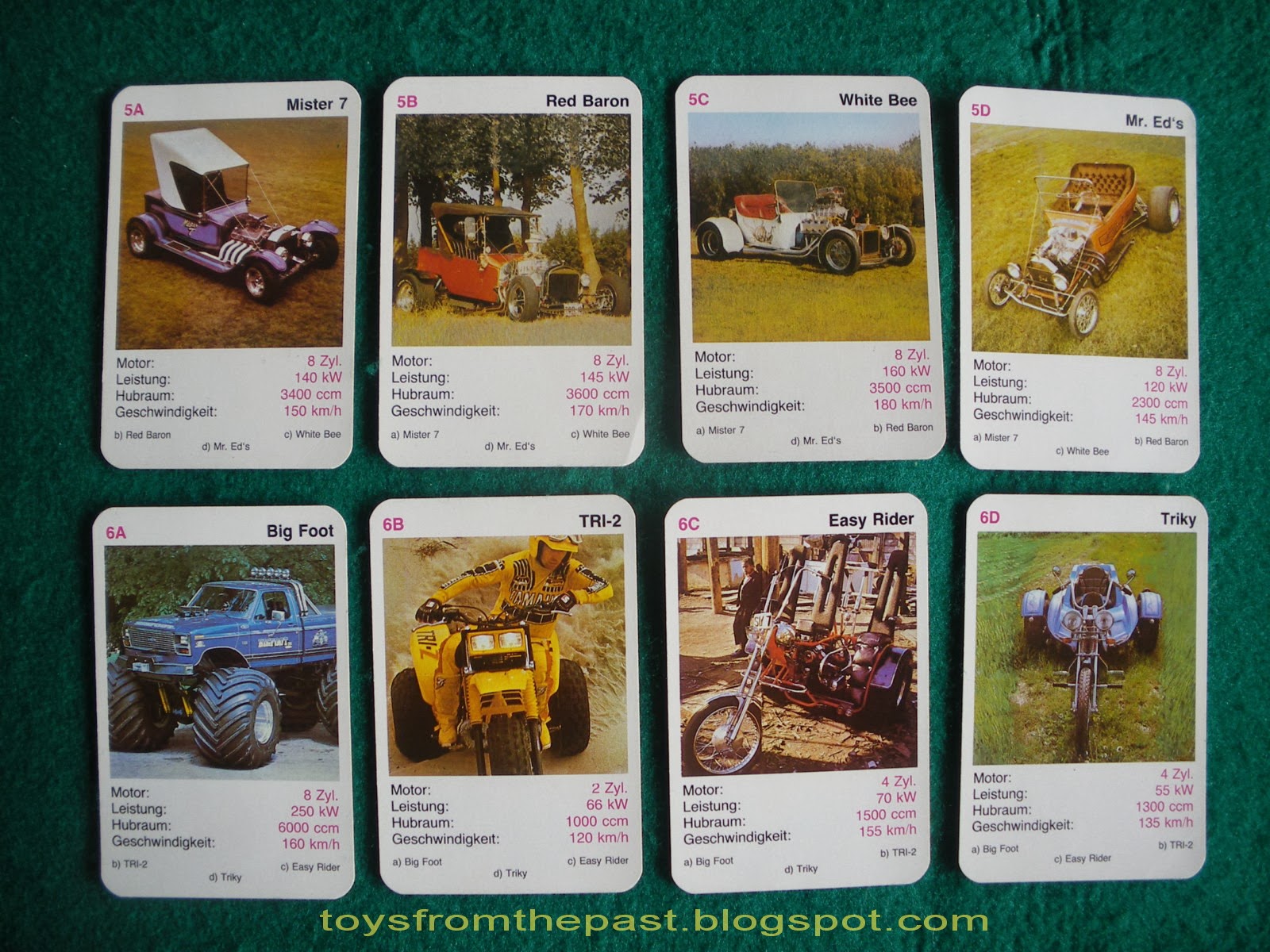 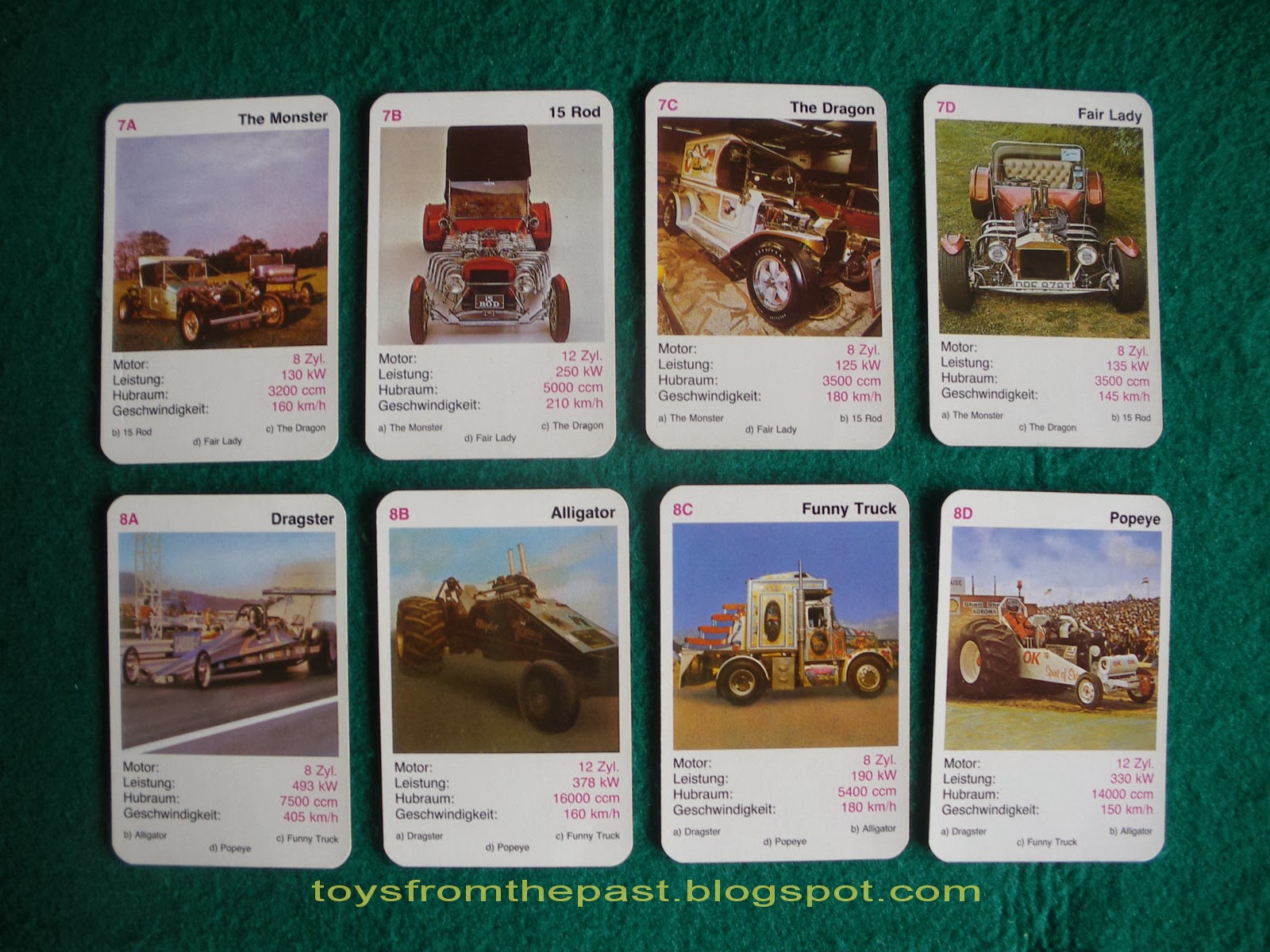 The promotional deck has Philips publicity from its Soundmachine portable radiocassette. I guess the “Ghetto-Blaster” goes well with the images of those custom cars. 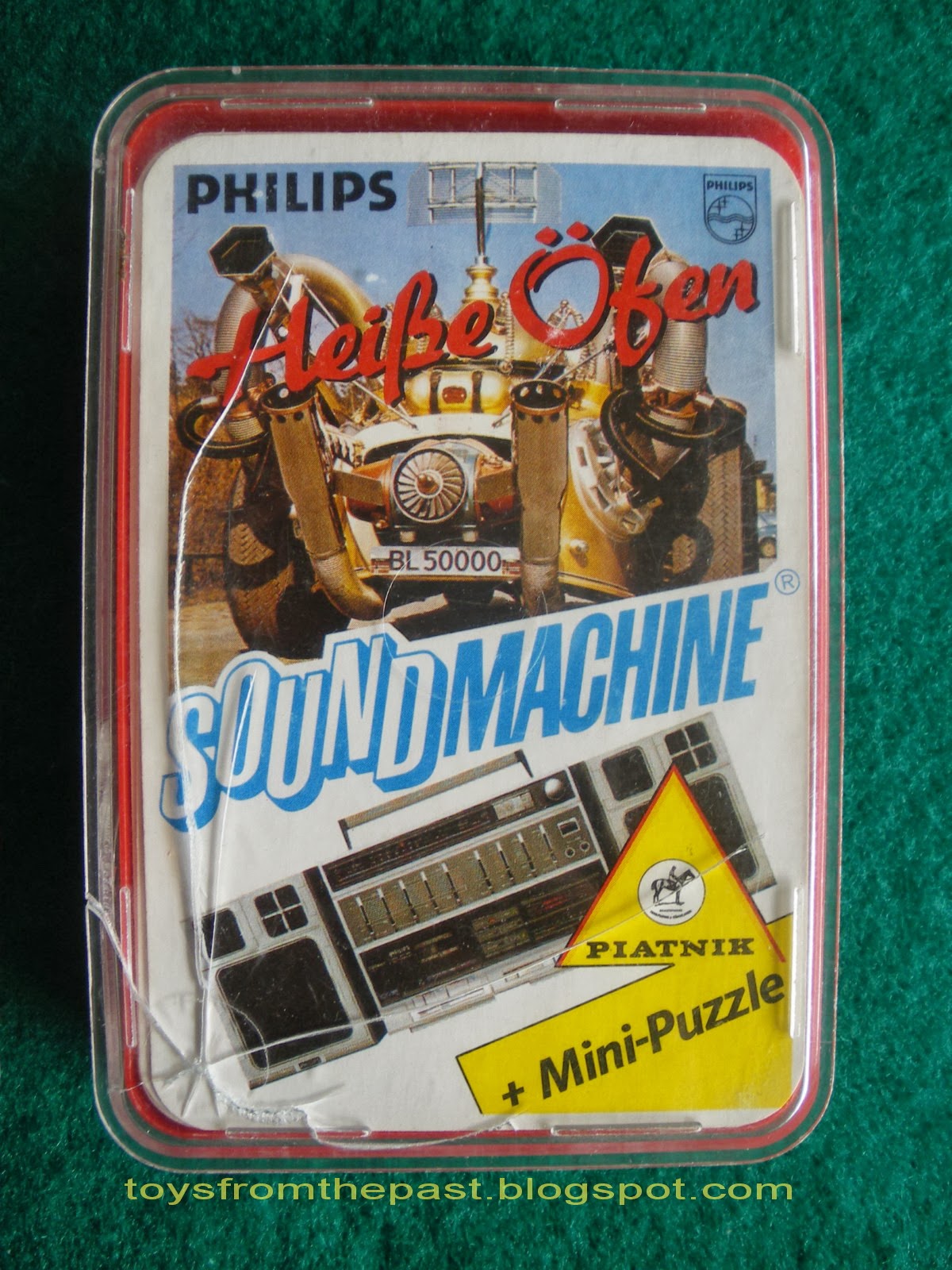 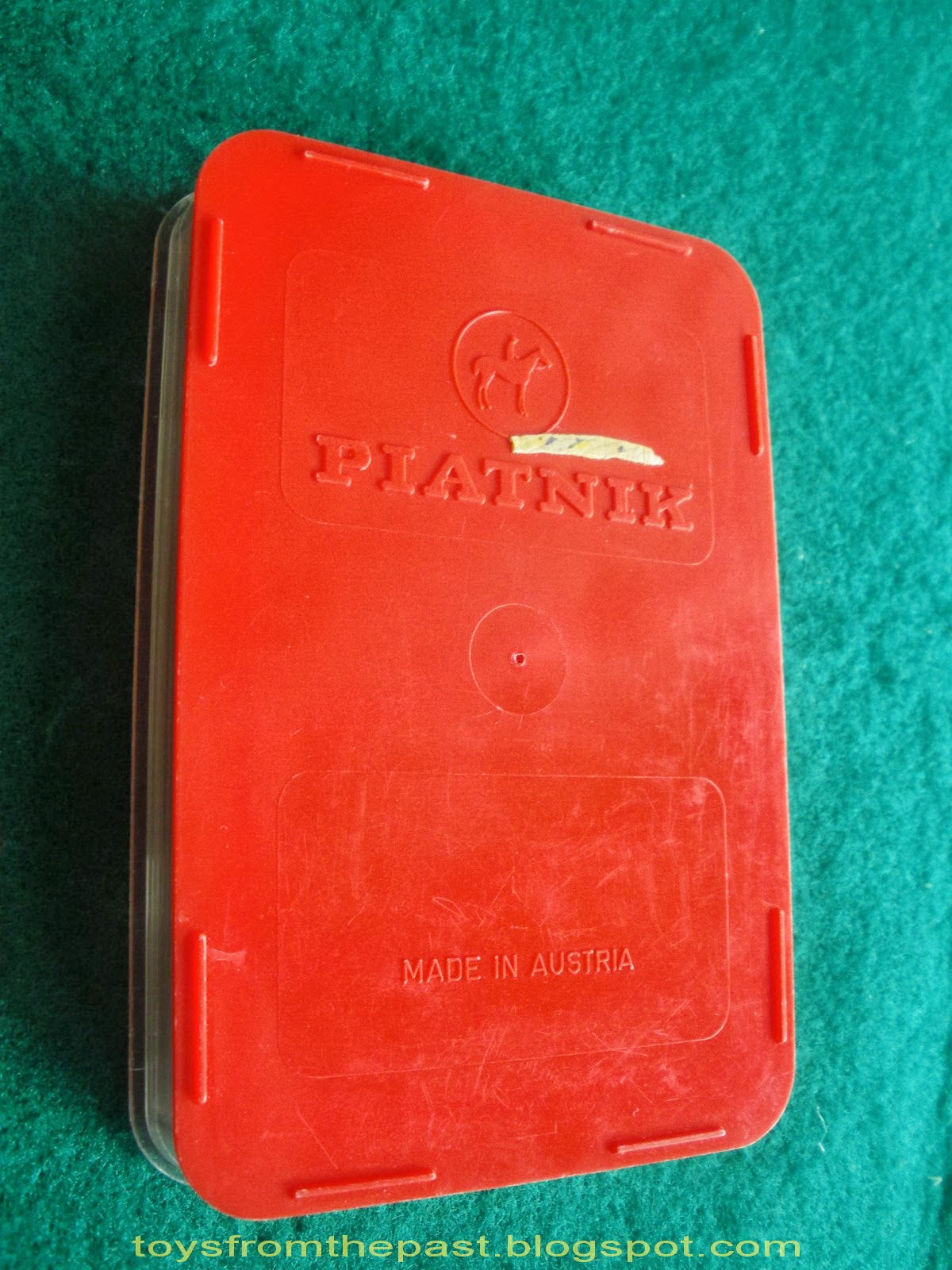 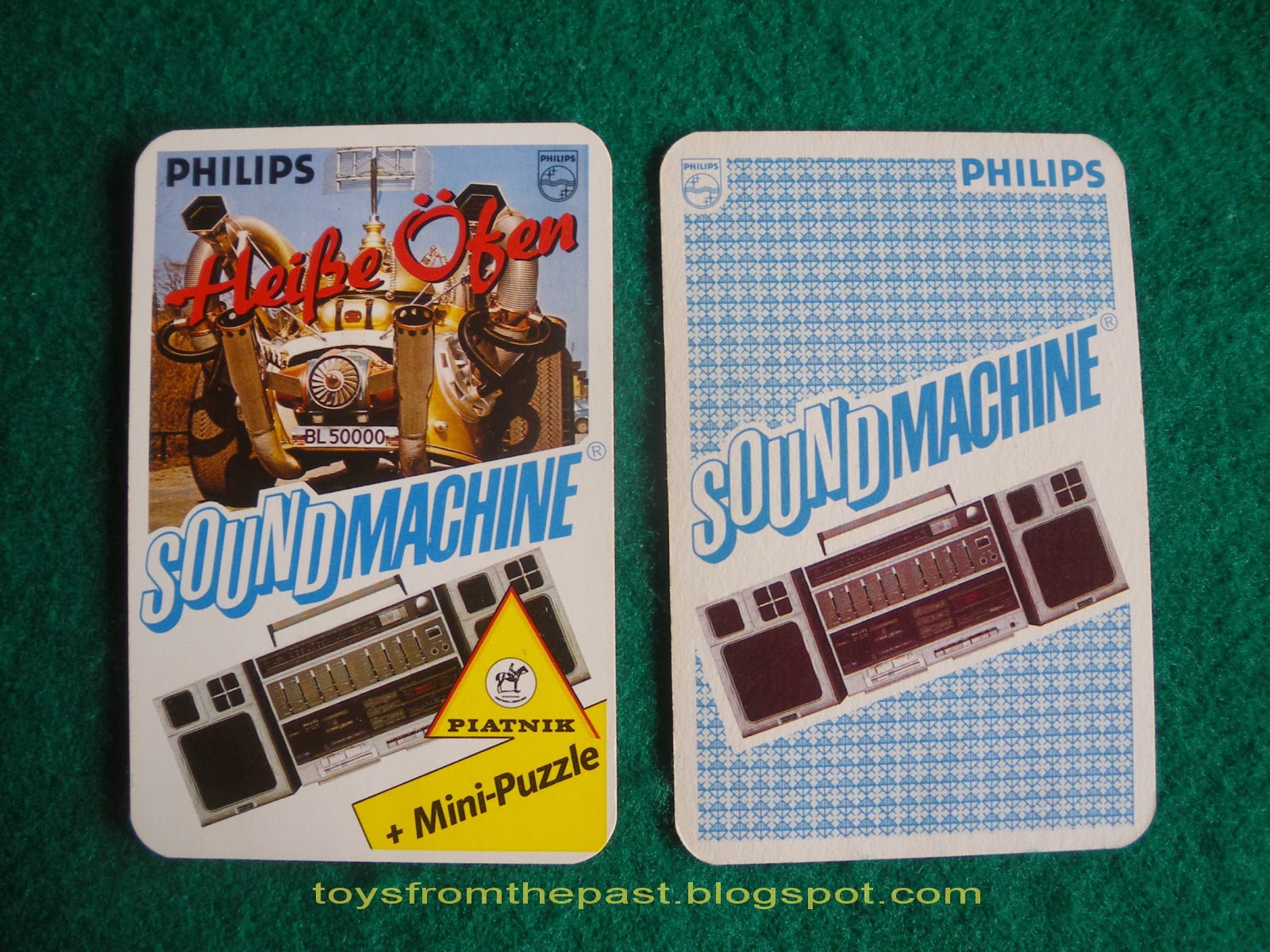 Another topic is why Piatnik changed the name of the quartet from “Crazy Cars” to “Heiße Öfen”. The title Crazy Cars would be understood anywhere in the world, but Heiße Öfen is restricted to the German-speaking markets. Maybe some request from Philips? We will probably never know.