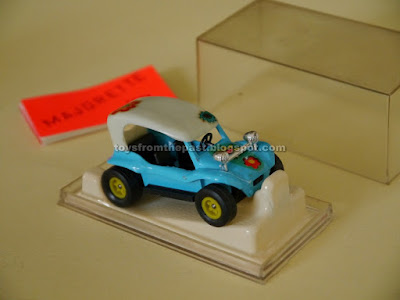 The Dune Buggy is one of the longest living models in the history of Majorette. It debutted as early as 1970, and has been in production until the late 90s, maybe even more. 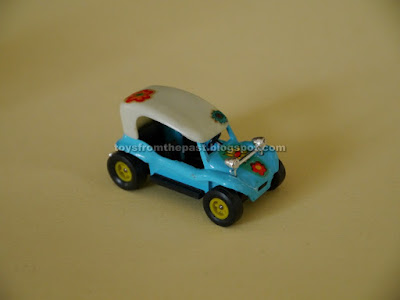 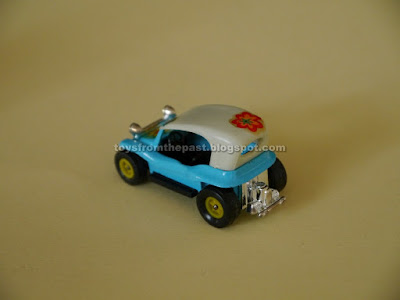 It was surely a cheap car to produce, with lots of plastic parts, and thus, very fragile. It couldn’t compare to the other die-cast models by Majorette, all so robust and resistant. 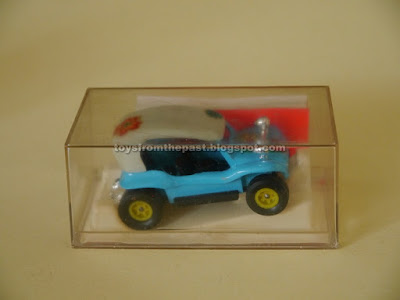 The car reference number was 248, and appeared in the catalogues in red, with black canopy and flower stickers, in the hippy style, so commont at the late 60 and early 70s. The model was then released in several colours (and colour combinations). There were several wheels used with this model, some of them very original and rarely used in other models. 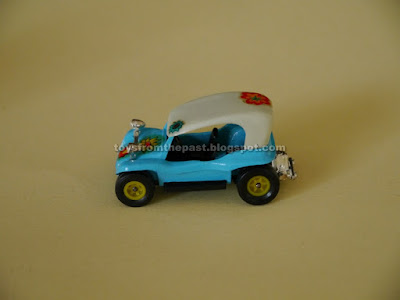 This first version was eleven years in the catalogue, each year in the following colours, although I think other variants were also available. 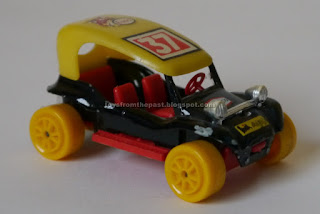 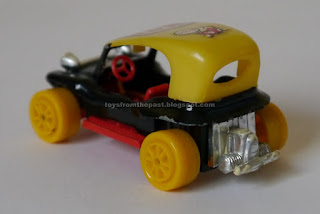 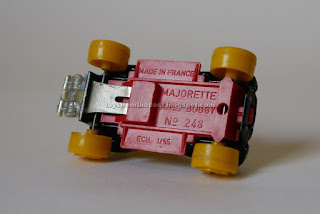 The Dune Buggy was surely a best-seller, so only two years later, Majorette introduced a second Buggy model in its catalogue, with the same name, but with reference 258. This model didn’t live so long, and it was present in the following catalogues: 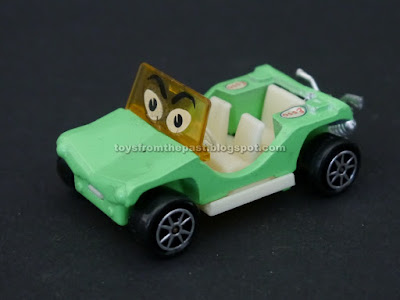 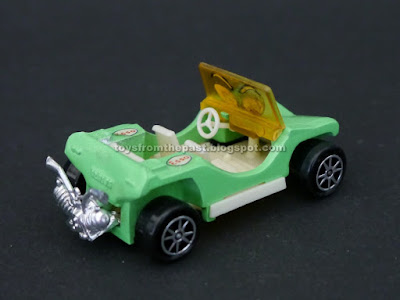 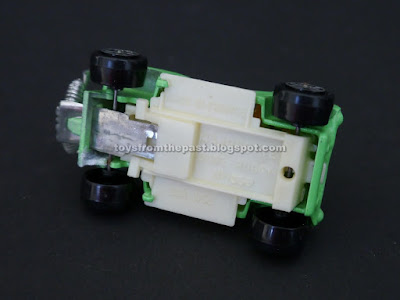 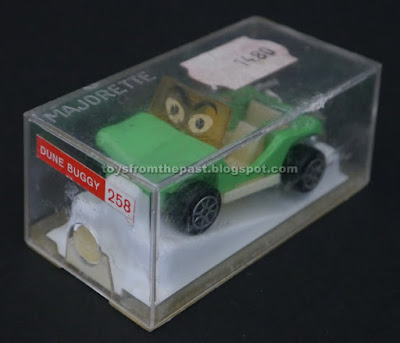 Some of them came with canopy, other without, the only difference are two holes behind driver and co-pilot’s seats. This model came without canopy. The canopy models are more difficult to find, or at least complete, since the two bars holding the canopy structure are very fragile, and they are mostly broken.

After the 248 model was discontinued in 1982, it would probably remain in shops for a few years. Interestingly, this number is not reused in a few years. At some point in the 90s, the model is reissued with exactly the same cast, but it does not appear in the catalogues. Again there are many variants made of it, including an exotic version in yellow with translucid chassis and canopy. The new reference is 232. Some people who have this model in a box claim that the model is made in France, althought it is probably only assembled in France with parts from Thailand…

The model has been used in many promotional models, under the MajoPub branch. This adds even more variants (colours, canopies, wheels) to the list. 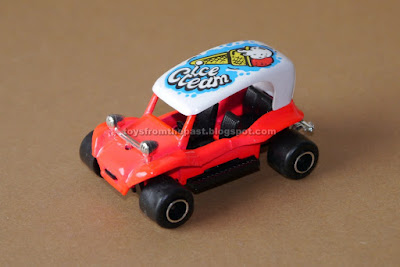 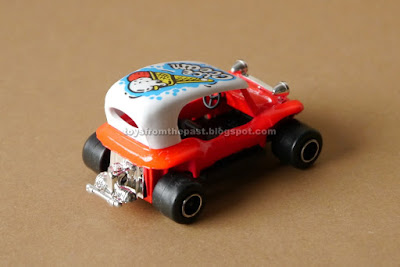 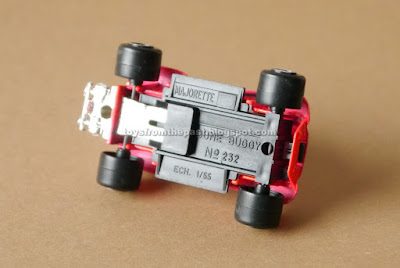 This last car is missing the canopy, whic was originally white. 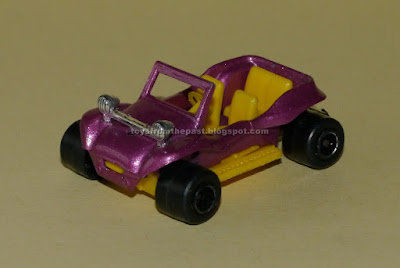 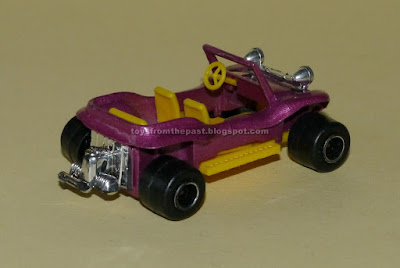 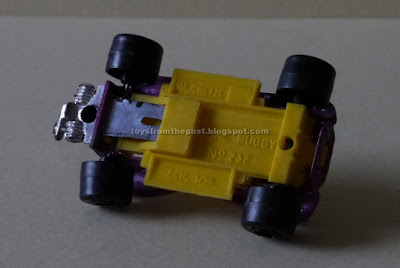