Lone Star had a series of rather simply casted trucks sold under the Impy series. I show three in this entry, a long tanker, a short tanker and a short truck with a flat bed platform (that originally carried short sticks of wood).

The models came in boxes with windows that specified a copyright from 1976. The exact text on the boxes were: “Made by Lone Star Products Ltd. Welham Green Herts AL97NT England”, plus “© Lone Star 1976”.

There are two lists on the back of the smaller boxes, the first one is for Trucks and have references 50 to 61. The second one is for cars, with references between 71 and 82. 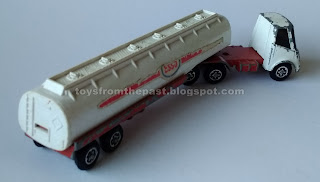 The long trucks came in long boxes labelled as IMPY MAJORS and are also marked on the base. They seem to have references in the 18x range, but also 128x or 129x. 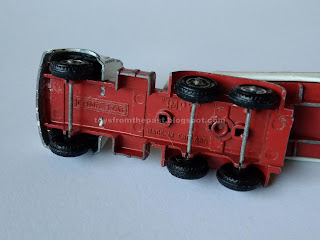 The line of trucks (both long and short) was also known as COMMERCIALS.

The models are simplified representations of generic trucks: there is a truck with “flat” front and another one with long front (“american style”), each of them combining several kind of loads: tipper, tanker, mixer… The paintwork also seem to be applied randomly, but using always basic bright colours, and all in all, looks like a budget alternative to the “other” Lone Star trucks from the 60s and the 50s. Probably they were intended to compete against the cheap die-cast models from Hong-Kong, which during the mid-70s were already very common in the United Kingdom. 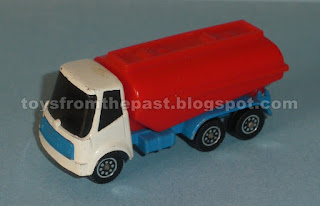 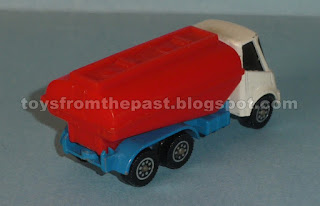 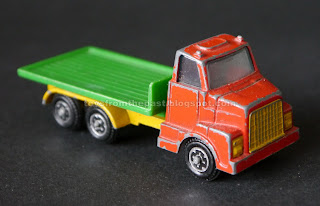 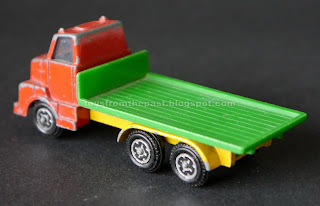 These models are quite rare (at least outside the UK, where they might be more common), but still affordable and easy to find (even boxed or mint), I guess it is just they are not good enough for many collectors: they are objectively not nicely done and they do not represent actual truck models. In comparison with the cars mentioned above, the price difference of used models and their scarcity is remarkable. 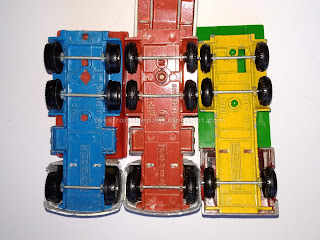