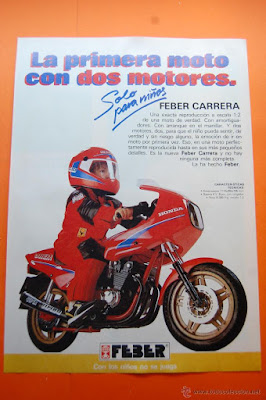 Feber was the great Spanish toy manufacturer from the late 80s, they had virtually every type of toy, from dolls to board games to battery vehicles.

I had a Honda motorbike in scale 1:2 in red when I was maybe 5 or 6. It was probably the greatest present I ever got for Christmas. The motorbike was very realistic and looked like the real one, even had suspension. Unlike other battery motorbikes that were operated by stepping in a button, this one had throttle twist, making it almost real. According to the promo, it had two motors.

My father manipulated the circuitry to also have blinkers (or turn signals), so I probably had the coolest Feber Honda in the world.

With the motorbike I got a Feber helmet in grey, similar to the one that the boy in the first picture is carrying and the yellow racing appareil shown in this entry. It is the only part that survived until today and it is completely original except for the Alfa-Romeo patch on the back, which was applied shortly after its purchase. I can even recall where did my parents buy the patch, and how we applied it. It is in great shape, despite being around 35 years old and have been used by a few kids for disguises or riding bikes. It is for a six-year-old child, probably size 110 to 120. 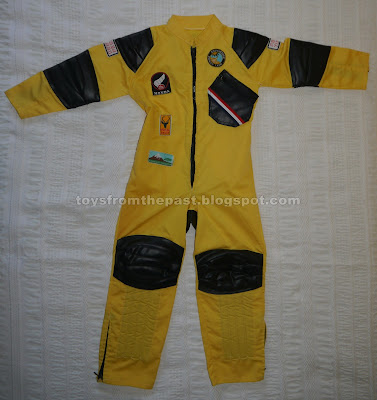 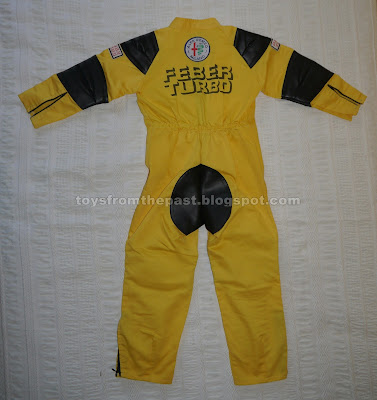 I like the patches that Feber designed for it, and it makes me think that the clothes were actually inteded for a Paris-Dakar battery motorbike also by Feber (That one was a KTM) or maybe for both at the same time (note also the Honda patch). The appareil was also available in red inteded for the Honda I had, as you can see in the promotional page shown above.

The motorbike was stored during many years in a shed, but was not working anymore and at some point it disappeared. The helmet also lost its face shield, and probably got dirty, since its interior could only be partially washed or nothing at all.