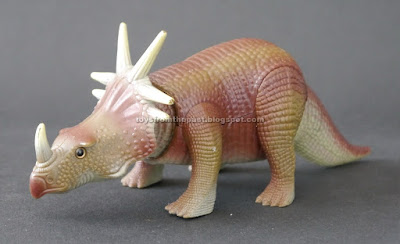 The dinosaurs from Dino Riders, at the time in which they were made, were supposed to be very accurate 1:32 scale reproductions of dinosaurs. The castings were nice, they had "glass" eyes, were sprayed with state-of-the-art methods and so they were advertised. Today, they are not so eye-catching anymore, and there are better options available in the market, but, of course, more than 25 years have passed since them.

When you visit natural history museums, you usually see plastic toy dinosaurs in the museum shop. I guess back in the early 90s, somebody in charge of the National Museum of Natural History in Washington noticed the quality of some Dino Riders' dinosaurs and probably contacted Tyco to deliver a series of figures to be sold in their museums. 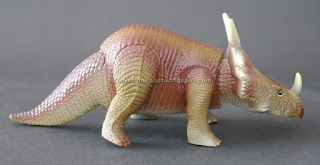 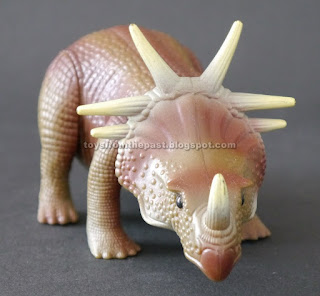 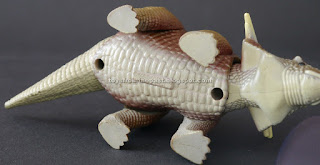 The dinosaurs made for the Smithsonian collection were slightly modified from their Dino Riders counterparts. All electronic circuitry for the walking feature (and the battery cover) were removed, wheels and slots to fit harnesses were also removed and the paintwork was modified in some cases. The box was also designed expressely for the museum. Bigger dinosaurs were sold in big boxes, medium dinosaurs were sold in couples. The boxes had a quality seal "Authorized Replica, Smithsonian Museum". A nice trick to point out the quality of the product.

I have two dinosaurs: the Diplodocus and the Styracosaurus. In general the Smithsonian animals are more difficult to find than the Dino Riders equivalents. And among the Smithsonian´s toys, the Ice Age animals are far rarer than the dinosaurs. It is unclear, if the Killer Warthog was also made for this series of if only the other three Ice Age creatures were actually manufactured and sold in the green boxes. 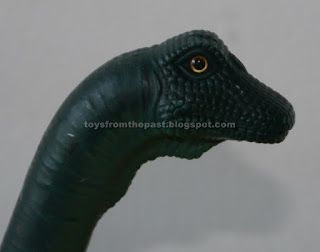 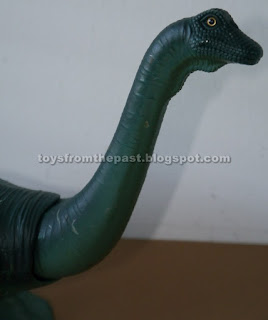 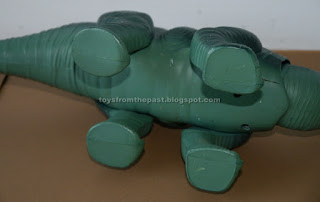 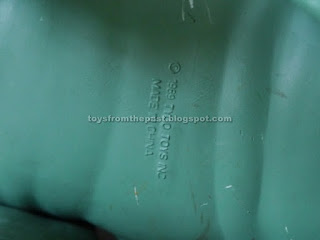