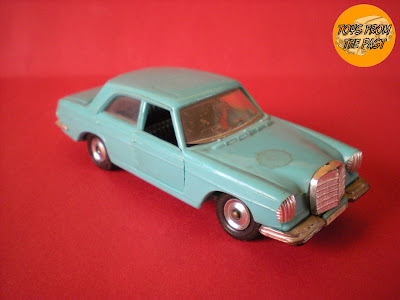 Nacoral was an unjustly forgotten Spanish company that made plastic an die-cast toy models. It was based in Zaragoza (traditionally in English: Saragossa) a big city in North Spain. This company was the vision of Adolfo Olloqui Arnedo, a young businessman who started a plastic factory by the early 1960s. He was the son of a businessman (Jacinto Olloqui), and started working for him in several import/export companies.

Nacoral was the first company Adolfo started but he would later found other successful companies in many different business: construction, telecommunications, environment… and in many different countries: Spain, U.S.A., Colombia, Panama,… Since the 50s was the right time to start a plastic factory, the business did very well, and the company was between the most important in its sector. They built small plastic toys and gift articles, since gift and promotion articles were a good way to promote the company. He was the person who brought 1:24 miniatures to Spain. Quality car reproductions in that scale are relatively new because the techniques to inject and cast metals like Zamak are also recent. 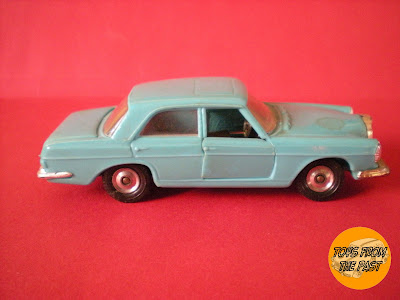 Precisely that 1:24 series was the one that brought fame to Nacoral. They were extremely rare at the time, and they were built with a very high quality (the same quality than Bburago or Polistil). The models that change hands these days, do it for a high amount of money, and there are collectors all over Europe, because Nacoral also sold their products abroad. The same happens with these 1:43 plastic models. Last one it was offered to me, it was priced 40 Euros... 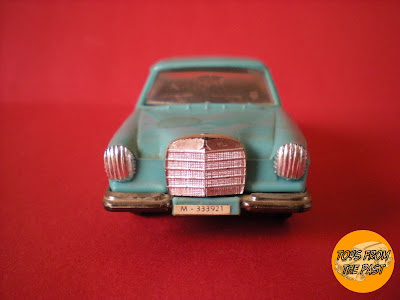 This model is unfortunately missing the Mercedes emblem 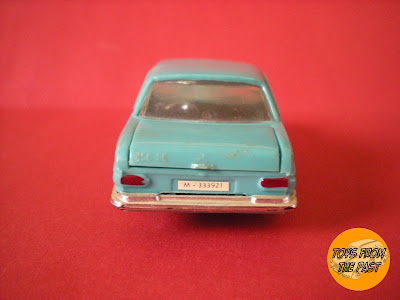 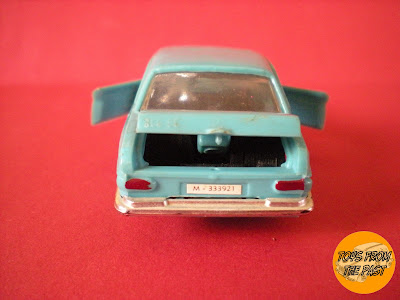 Unlike other Nacoral models, that have plates from Zaragoza (Z), this model has plates from Madrid (M)

Nacoral started the production of plastic models around 1965 under the Chiqui-Cars brand. These models are very scarce nowadays. In the following years, casts from other companies, like Norev (France), Politoys (Italy) or Corgi (G. Britain) were used (copied?) in their collections. The company also made its own casts and gave licenses to use these to third companies (like Sablon from Belgium, Diapet from Japan or the New Zealand branch of Tonka).

In 1970, some of the Chiqui-Car models were re-released as die-cast, with the same reference number as the plastic model, but with a M, for example, this Mercedes is reference 2012 (Plastic), and 2012M (Metal). All of them were sold in cardboard boxes, and included a catalogue/poster with all references. The boxes and catalogues can be seen here. 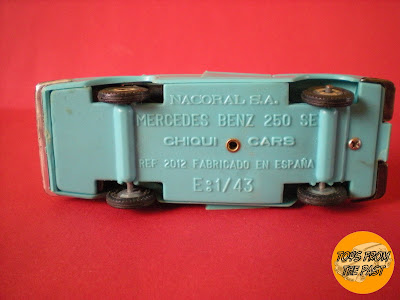 Cars were available in several colours. By the way, I don’t know exactly which plastic compound it is used in the cars, but I guess it’s some kind of butirate. The material is practically indistinguishable from the Rhodialite models by Norev.
Information sources: