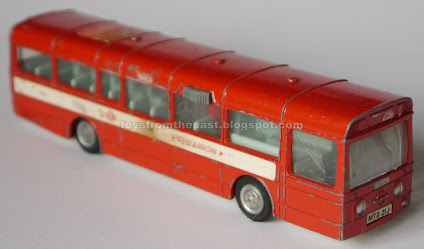 I do not have many Dinky models, I have maybe 5 to 10 models, none of them very valuable. Among all, this is the most impressive, as it is big, very well detailed and has cool features, asa it was usual for this and the other contemporary British brands.

The model is the Single Decker Bus, number 283, which was available between 1971 and 1973 (it was first sold in a cardboard box, then in a plastic blister with cardboard base). This is the most common red version, but there seems to be a darker red version with some shiny effect, which is even nicer and a green one, which was sold as unassembled in the DinkyKit series. There are also several variants, with different base or door colours. 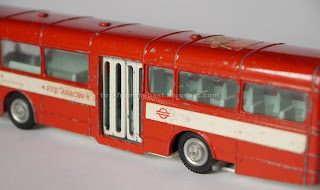 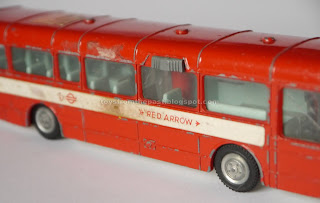 It carries “Red Arrow” stickers, which, according to Wikipedia, is the brand name given to several routes used as a high frequency communter services in central London. The service started in 1966 and, at the time, used AEC Merlin buses, which is the model represented in this toy. 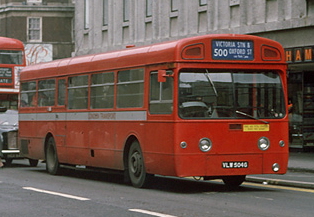 The toy came with two very cool features: the first one is the opening doors by sliding a button on the opposite side, and the second one is a bell hidden in the lower part of the vehicle, that can be ringed with the button on the lower side.

Some boxes included a small sticker sheet with three stickers, two of them indicating the route number “503” and “Waterloo Stn & 503 Victoria Stn”. Plus a red one with the text “Red Bus Rovers”. My model has lost the second one which should have been placed on the front over the windshied, but has two of the third on the roof (probably are placed wrongly, I have seen other models that carry this sticker on the rear between the headlights). The license plates and the white side bands were applied at the factory. 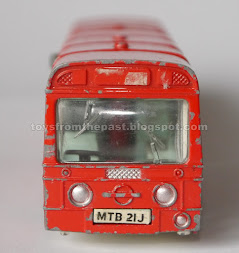 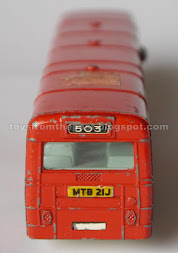 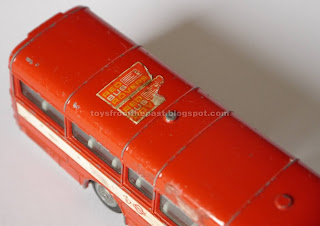