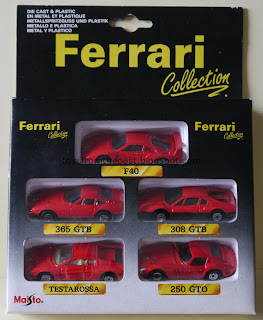 This is a rather common gift set from the mid-90s made by Maisto that, at the time, was entering most Western markets with great force, and taking advantage of the relative weakness of more traditional brands, such as Matchbox or Majorette.

I am not a Maisto collector, but a MC Toy one, and I already have all these cars with the pre-maisto brand in their bases, but not all in red and/or mint condition. And, on top of that, it was a very cheap set, so I could let it go. 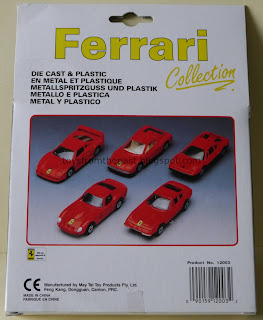 The models were great at the time, and were also priced much lower than the other brands.

The box has 5 windows and includes 5 Ferrari models: F40, 365 GTB, 308 GTB, Testarossa and 250 GTO. The box is way to big for its content, more if we consider the upper flap from where it could be hang from a display. 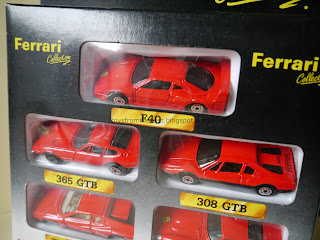 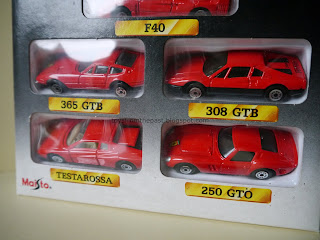 You can see other MC Toy Ferraris here. MC Toy models were unlicensed, were these early Maistos really Ferrari licensed products, or is the seal at the back of the box a fake?