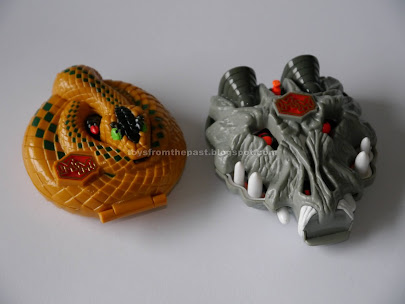 These are two Doomstones I bought some years ago at a very low price. I do not collect this toyline, but I thought they were nice. Although they are copyrighted in 1992, they were for sale in Spain in 1993, and so they appear in Toys R’ Us Catalogue from Christmas 1993/94. They were priced at 1.495 pesetas, which is quite accurately 9 Euro, rather expensive considering its size, but not its quality. 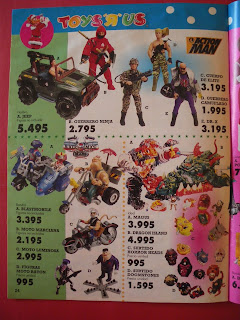 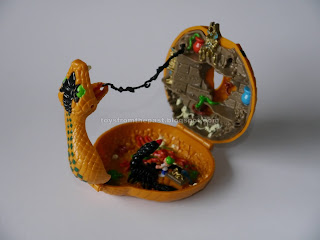 The first of the two sets “Mighty Max Conquers the Palace of Poison” is my personal favorite as it involves an Egyptian pyramid, a mummy, and a giant scorpion, together with snakes, skeletons, tombs and treasures. Unlike many other playsets, this one opens in two halves, but has the head of the snake as some kind of tower, and both sides connect by means of a plastic cord. 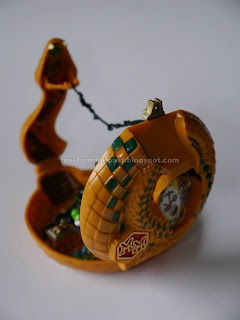 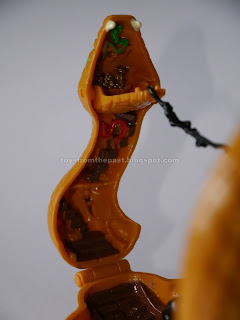 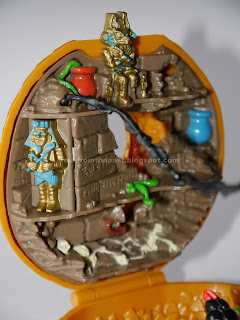 The base has a small practicable tomb and lots of snakes and skeletons all over the floor, the tower part shows some stairs until up the mouth of the snake where a treasure is hidden. The other side has three floors: a basement dungeon, a first floor with the tomb of the pharaoh (the mummy is hidden inside) and the upper floor with god Anubis in his Throne. 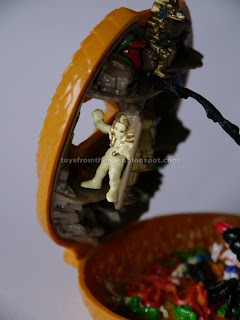 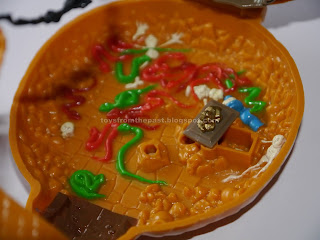 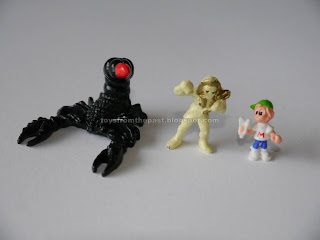 The mummy is nice looking but the scorpion is much more attractive, as it is several times the size of Mighty Max. 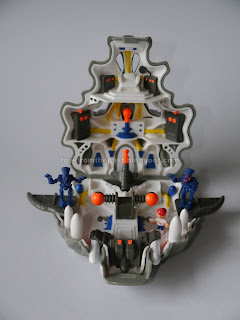 The second set “Mighty Max Terminates Wolfship 7” is in principle very attractive as it involves a spaceship, robots and even a smaller spaceship, but personally I find the desing a bit repetitive and boring. 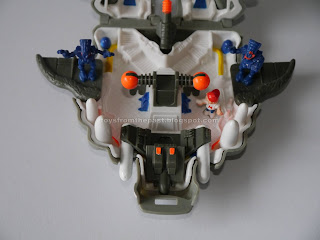 Note that the base represents the interior of a spaceship. It has two platforms that are the ears of the wolf when closed and can be expanded or closed. The central part with those two orange balls could be some kind of power generator, but I don’t know it for sure since I haven’t seen the cartoons. Another practicable part is the cannon that can aim to both sides.

The vertical part shows three floors, but they are all very similar On the upper one there is a throne. 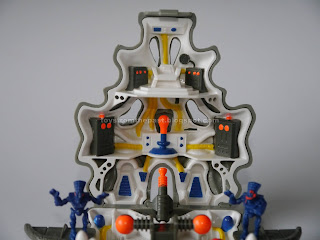 The tip of the base, representing the fangs of the wolf can be detached and used as a personal spaceship. The robots are cool, but again, they only differ on the position of the arms, so I guess they could have done better here. 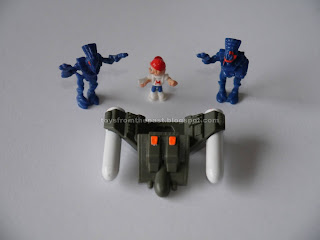 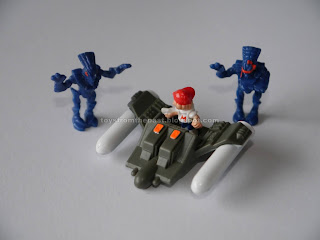 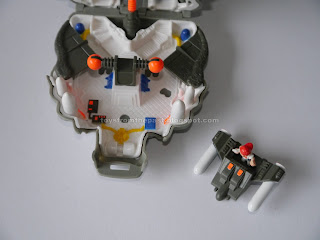 When closed, both playsets look great, either as a nested snake of a wolf-spaceship (especially with the ears out).