Faller is better known for their electric trains and scale kits for train modellism, but in the 70s they were also active in other toy markets, such as slot cars and speed tracks, similar to those made by Hot Wheels. The difference, is that the Hit-Cars by Faller have plastic bodies and die-cast base

For this reason, they were very light and could make great jumps, but, on the other side, they were very fragile. Some models in very good condition reach today very interesting prices when sold online, probably due to the scarcity of mint models. 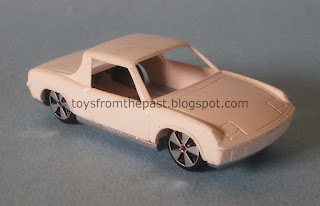 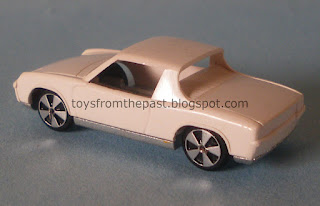 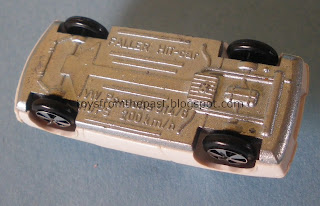 My two Faller Hit-Car models are a good example of what I say. I own a VW Porsche 914/6 in white, which is in mint condition plus a blue Mercedes 350SLC that has been stepped on and almost destroyed. So are a great percentage of used models. The first one could clearly sell for more than 30 euros, the second one is probably worth nothing. 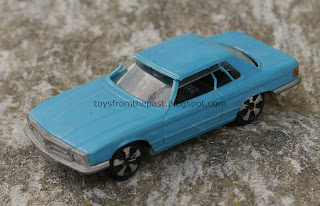 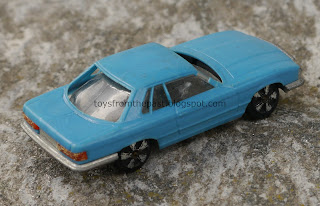 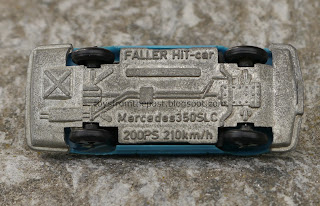 Faller tracks were sold in packages that remind of the Matchbox colours. The tracks came in boxes, and the cars could be purchased in nice blisters. This line was active between 1969 and 1979, but the death of one of the Faller brothers stopped the development of this particular line.

The company is much older than that, as it was founded in 1946 by the brothers Edwin and Hermann Faller in Baden-Württenberg, Germany. Originally they produced construction sets made of wood, and other articles such as clothespins. Soon they started with the model kits for electric trains in H0 scales, which is the niche in which they succeeded and are best known at.

The main part of their production was aimed at adult collectors and hobbyist, but in the early 70, they also produced the Hittrain, which was a toy for children. Other toys were the AMS Auto Motor Sport line of slot cars and the Hit-Car which I am showing in this entry.